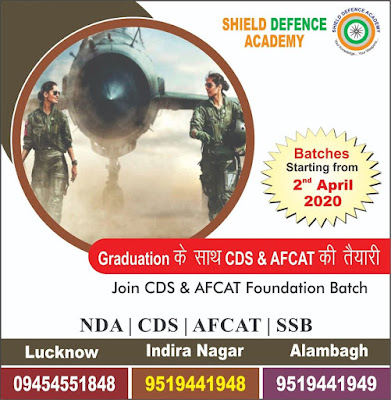 The Notification for the examination is usually released in the months of October and June, and the examinations are conducted in February and November respectively.

Only unmarried graduates are eligible to sit for the exam. Successful candidates are admitted into the respective Academies after an interview conducted by the “Services Selection Board (SSB)”.

Scheme Of Examination-Applicants who will appear in the CDS-II exam should know the exam pattern of CDS-II 2020 so that they can qualify the exam with flying colors.

4)  2 hours for each paper is given in this exam

5)  Paper comes in both the languages(English & Hindi)